There is a rich diversity of Art on Vancouver Island, from Indigenous to Contemporary, where art has an underlying spiritual current.

Art on Vancouver Island: when we think of Canadian Art, we often see the works of the Group of Seven and paintings of the vast and beautiful Canadian landscapes. Paintings of mountains, Indigenous culture and prairie portraits. If you are from the Northern Territories, you would be familiar with the works of the ‘Cape Dorset Collection’ depicting life and Indigenous culture in Nunavut. From the mountain paintings of Lawren Harris, to the precise depictions of everyday life by Alex Colville, the painters of Canada are influenced by their culture, the landscape and the mundane and ordinary of daily life. 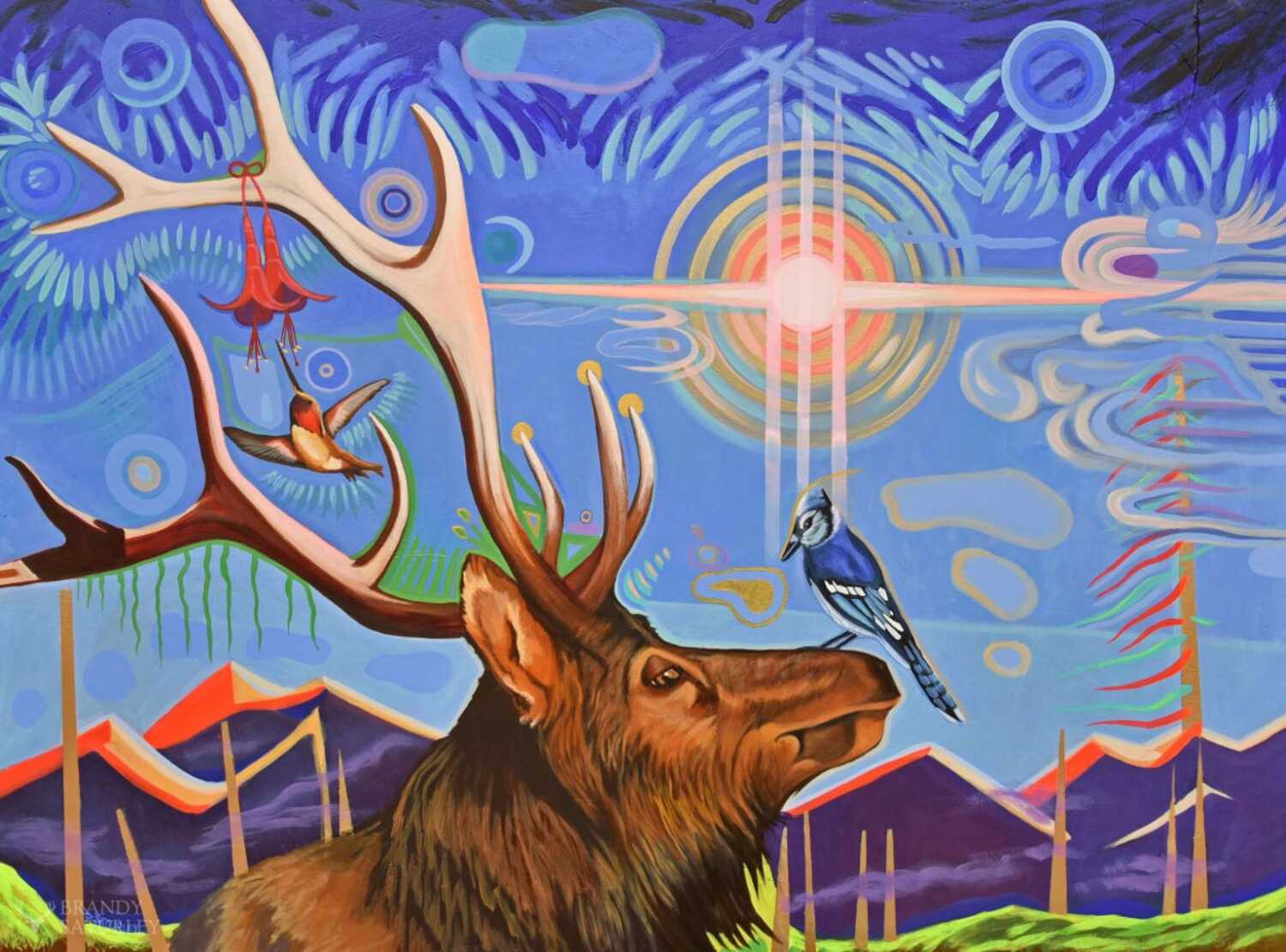 In Victoria, BC on Vancouver Island we are the last point you hit on the west coast of Canada. We are home to mile zero of the Trans Canada Highway, a point that Terry Fox made even more iconic. While I was born in Victoria, I grew up in a small town about an hour outside of the capital city of BC, called Sooke. The modern motto being “Where the Rainforest Meets the Sea” and home to the Indigenous T’Sou-ke Nation. I grew up with the cultural arts of the First Nations that surrounded our home. Part of the early school curriculum included a Indigenous Studies course, I think I was in grade school at the time. Most people I knew, Indigenous or otherwise, wore hand knit Cowichan sweaters, something that would become a luxury item sold to visiting tourists on Government Street in downtown Victoria. The Royal BC Museum became a favourite place to explore and learn about the history of the peoples and industries of Vancouver Island. Indigenous culture and their distinctive symbolic artworks were burned into my brain, at an early age. 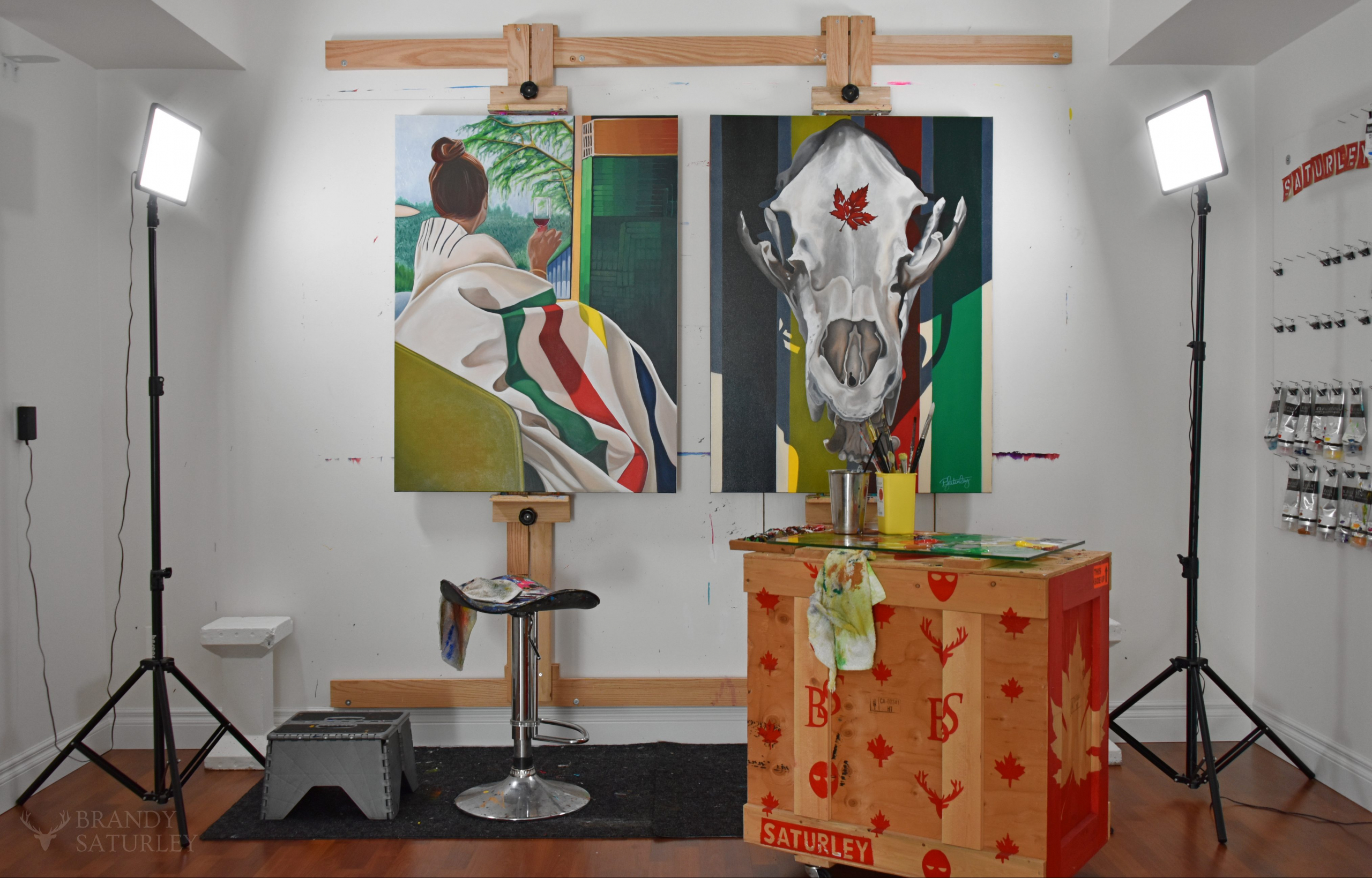 Over the years my curiosity for exploring the popular culture of Canada and developing my own artist voice, led me to travel across much of Canada. My obsession became everything that existed in my country, but not my island home. What informed my work began with ‘popular culture’ and stereotype. Over the years I am more interested in ‘authentic experiences’ traveling to gain a true understanding of my country, and in returning to my island home, a better understanding of the culture in which I was raised.

The Art of Vancouver Island begins with Indigenous stories and includes the final home of Emily Carr. Victoria boasts an eclectic and rich diversity of artworks from famous artist circles like that of the Limner Society. Like Vancouver Island itself, we live on an island with it’s own biosphere, an island in a metaphoric bubble. While this bubble exists largely outside of the Canadian Art Centre of Toronto, the rest of Canada is slowly shining on it’s own, thanks in part to the Internet.

Here are some popular destinations on the island for fine art, contemporary art, cultural arts, and fine craft on the island.