I have visited Lake Louise on many occasions; during the summer when the lake is reflecting hues of tropical turquoise, and in winter when the ice is so think you can skate, snowshoe, ski, hike and even build castles on the lake. I have painted this iconic Canadian landscape and her accompanying peaks nine times, and at different stages of my art career. Most recently, upon my return from London, I began painting immense landscapes on unstretched duck canvas. The first landscape being Princess Louisa Inlet, on the sunshine coast of British Columbia. Princess Louisa Inlet is rumored to have been named for Princess Louise or maybe even after Queen Victoria’s Mother. My second large landscape, measuring seven feet wide, was completed in December and honours the view of Lake Louise, from the Fairmont Lake Louise eastern shoreline facing west. 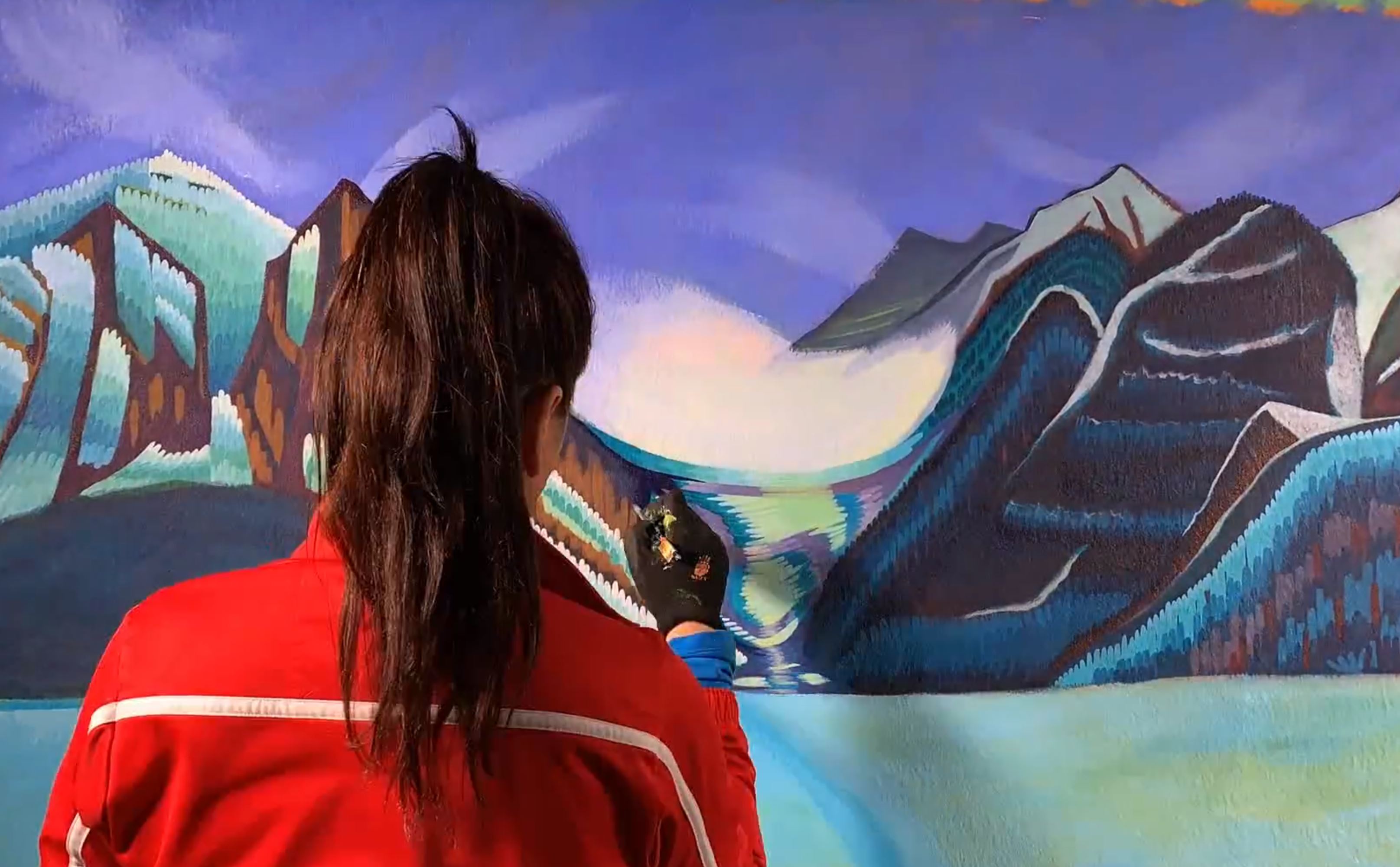