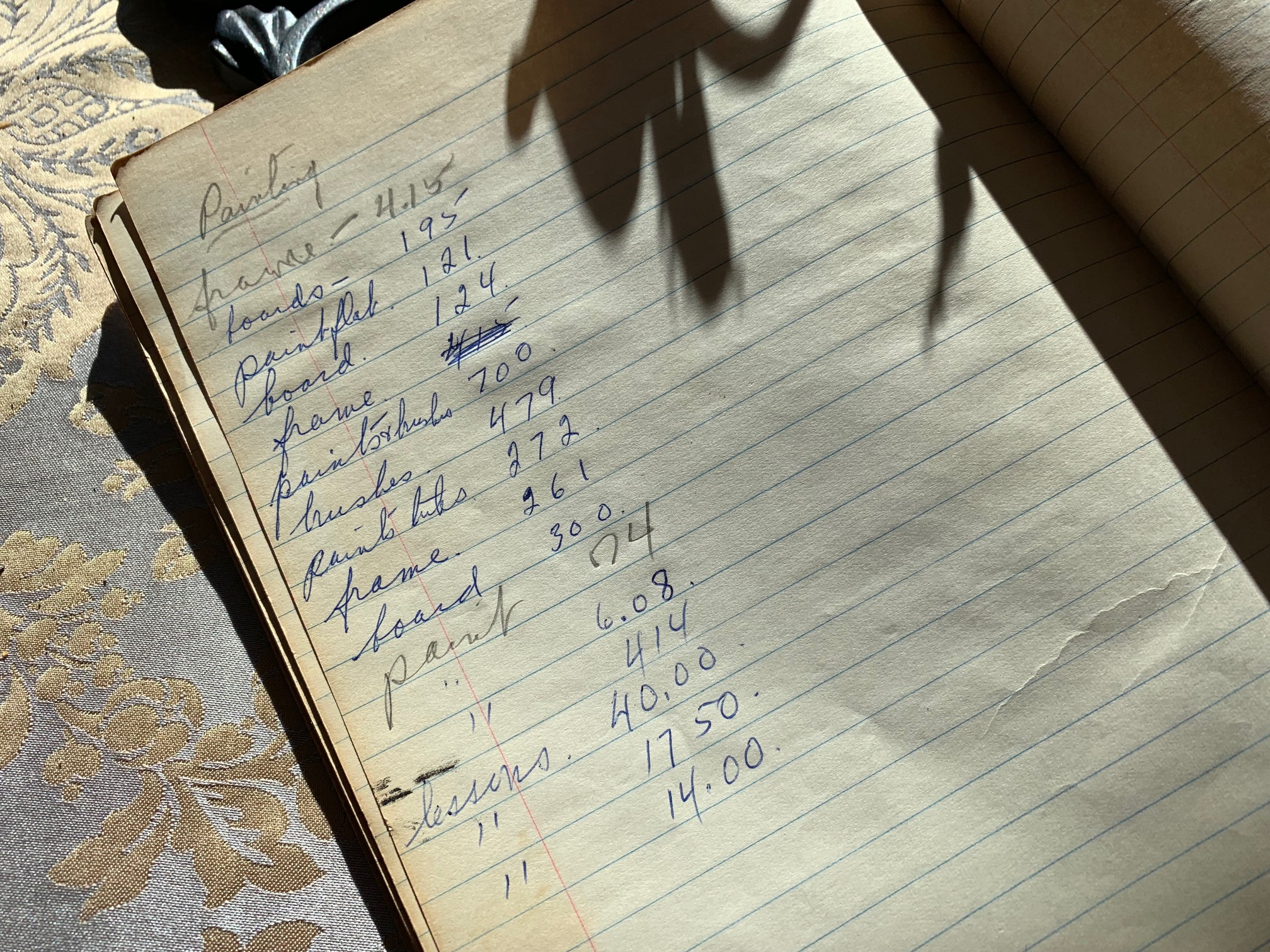 Family of Artists: from grandmother, to mother, to daughter.

My grandmother had a hard life. Like many of her time, she immigrated to the Canadian prairies in the early 1900’s from the Ukraine and built a life in a one room home on the open prairie of Edmonton, Alberta. Winters were cold and harsh, and so was her job as wife, mother and business owner with her husband. My grandparents were the owners of a popular BBQ restaurant in South Edmonton, which quickly became popular for it’s crispy fried chicken and tender ribs. The business grew to include a nightclub and the family grew to three children, through two marriages. I did not know my grandmother, as she died while my mother was carrying me in her womb. From what I have been told, and the photos I have seen, she was a kind woman who loved to cook, laugh and take care of people. She was a true Ukrainian Baba and was creative in every area of daily living. She would spend the day cooking, sewing, weaving, and eventually found a way to add art into her life. She was always seeking new creative outlets, an escape from everyday life with an alcoholic husband, and demanding business and household on the cold barren prairie. 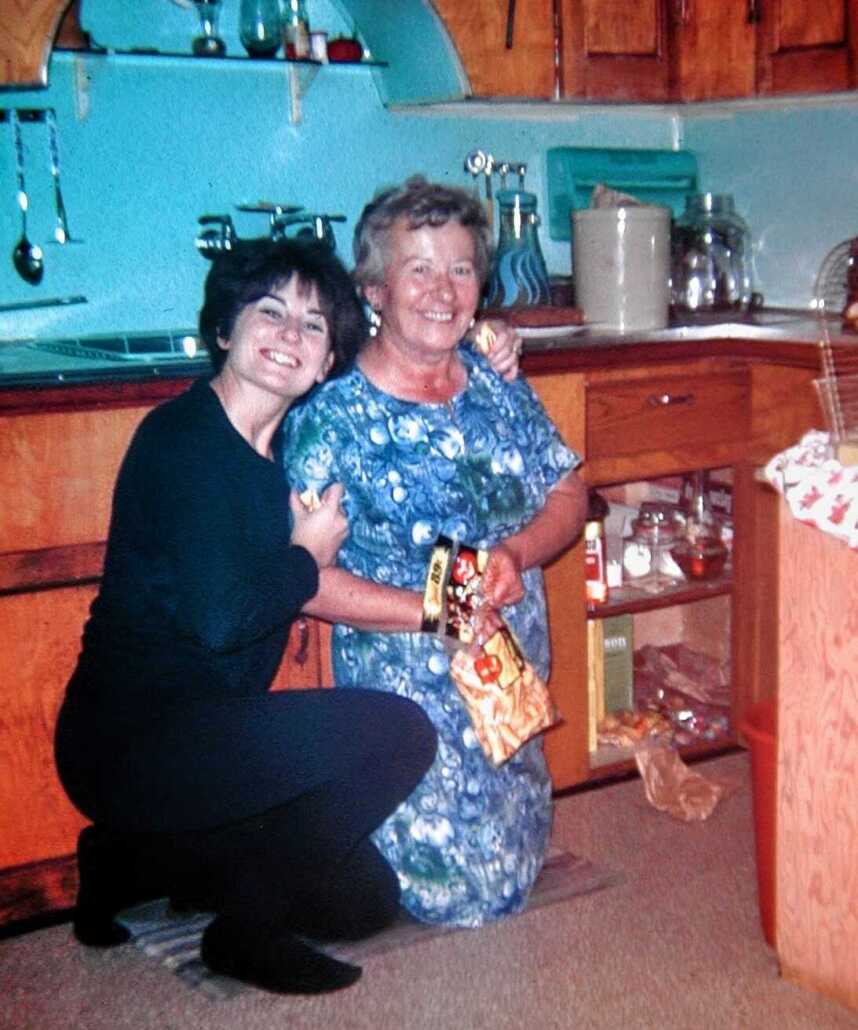 When I was a child, my mother would tell me stories about my grandmother, how they shared a very close relationship and how they both enjoyed cooking and finding ways to escape through creative pursuits. I grew up painting, drawing, cooking and reading with my mother, though drawing quickly became my favourite thing. Watching my mom cook became a comforting spectator sport with great benefits of licking the spoon, and sampling the freshly baked loaves of French bread. My mother was endlessly making things with me and drawing everyday, I suppose it is how I came to love it. Early on I learned that my mother spent her school days perched on a corner stool drawing portraits, something I also did in school and it was often a way to make friends and meet new people. I remember finding a book of poetry tucked into a sock drawer and then questioning my mom about it, I grew to learn that she also enjoyed writing, and keeping a diary. My mom always talked about having her own business or going to art school but her father, as he did to my grandmother before her, never saw the point in such pursuits. Cooking remained the daily creative escape for my mother, much like her mother before. Feeding people always gave my grandmother and mother such joy, they wanted to take care of people, that was their job and culturally Ukrainian women are known for their great feasts and long welcoming tables. This was the world I grew up in; long tables, big feasts, gregarious people, and the odd lost soul wandering the street, invited in for dinner with the family. 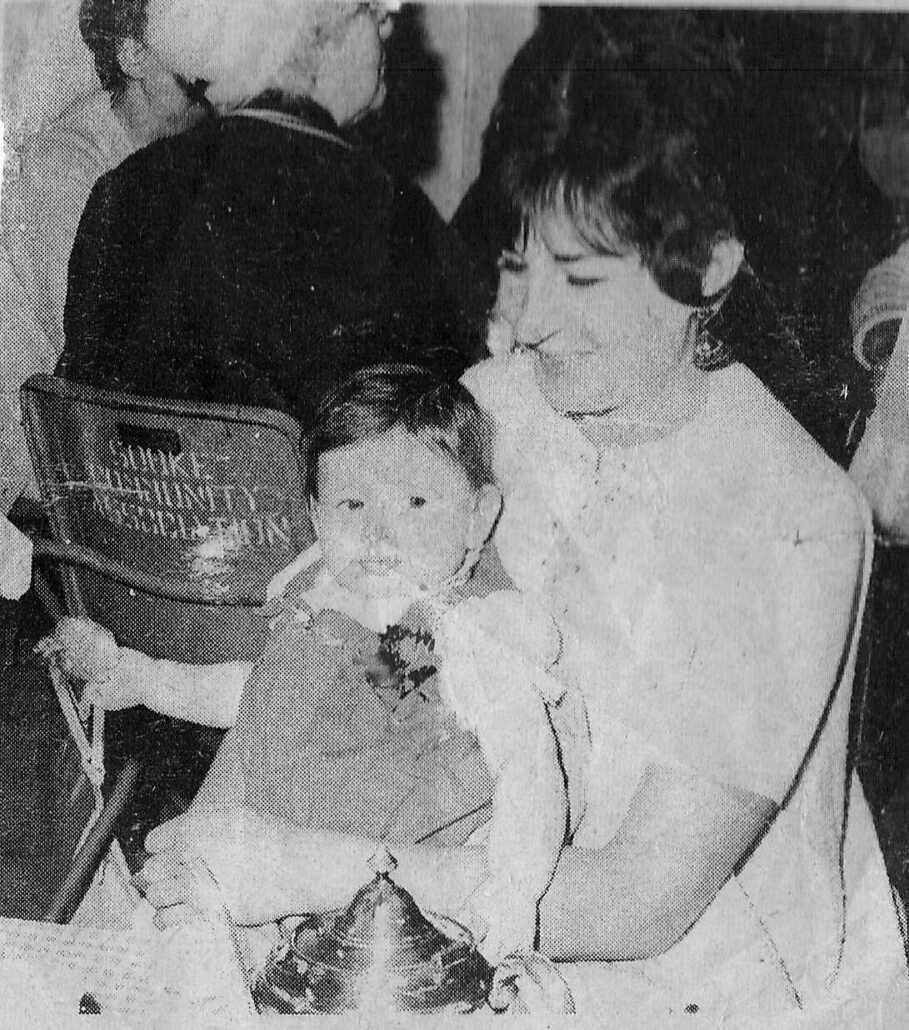 My mother never groomed me to take over from her as homemaker, but she did instill in me the love of making art, and I took to it naturally. I wanted nothing to do with cooking, entertaining, or mothering, I wanted to nurture my own career aspirations, which ultimately led to a full-time career as a visual artist. Somehow these women passed down the ‘artist gene’ without any of the pressure to lead a traditional life. There have been societal pressures along the way, from women and men, and it did take me some time to find my way through the gauntlet of expectations, reflected on myself by the faces of society.

Fast-forward to present day. My mother has been working on downsizing and donating things and clearing the clutter of the family home. Earlier this year she gifted me two landscape paintings made by my grandmother. I had seen them floating around various family homes over the years and never really knew the story of the paintings, or how my grandmother managed to get away with painting without my grandfather noticing. 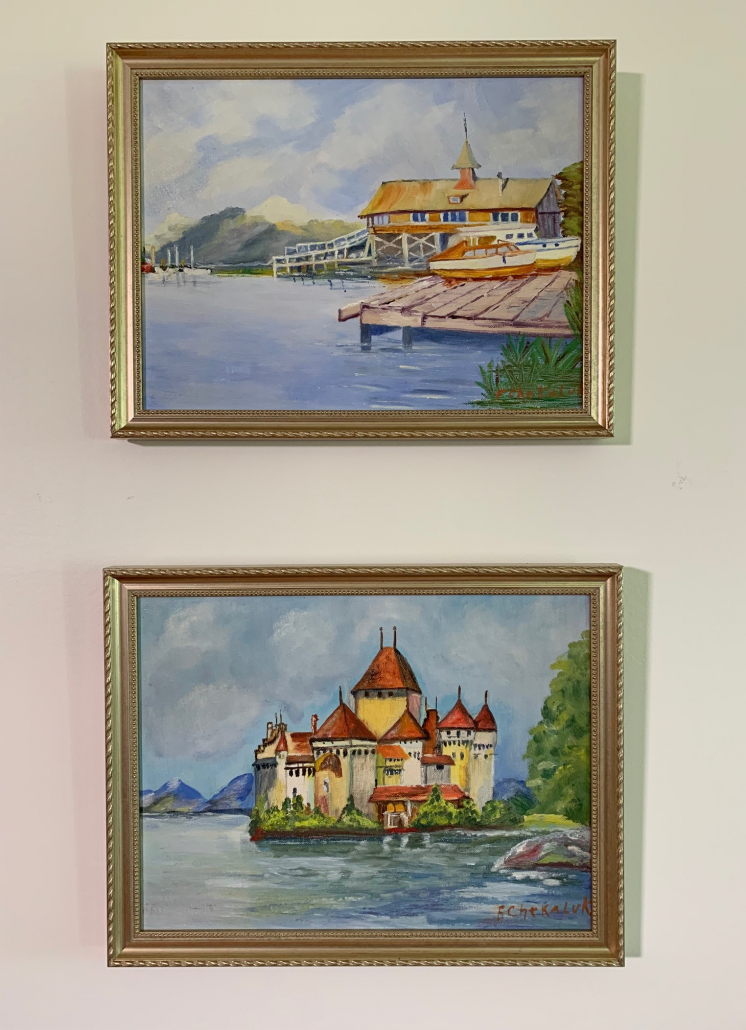 While clearing the clutter she also found an old handwritten recipe book of my grandmother, and that in the back there were humorous writings about Hollywood stars beauty regimes. I said that I would love to have it and try to preserve it. Upon reading through the notebook I flipped to some random pages in the back of the book, one page in particular caught my eye. On this page there was a list with a title, “Painting” and underneath a list including painting supplies, frames and even lessons, with approximate costs. It is a budget of sorts and a list of expenditures for painting. What a find, I am so happy that I did not pass on this opportunity to own this piece of my grandmothers creative past. A treasure, bringing me a little closer to the woman who started the family artist ball rolling! With this gift also came some of my grandmothers weaving in traditional Russian/Ukrainian cultural patterns.

I’m sure there is a lot out there written about the ‘creative gene’ all I know is those early days are important, and burn undeniable impressions onto our being. Those early days define us, and we carry them through life. Often spending our lives running away from them, only to return home, once we understand them more fully. Most recently I talked more about this special connection between my grandmother, mother and me in the short documentary film; The Iconic Canuck, by Randy Frykas. 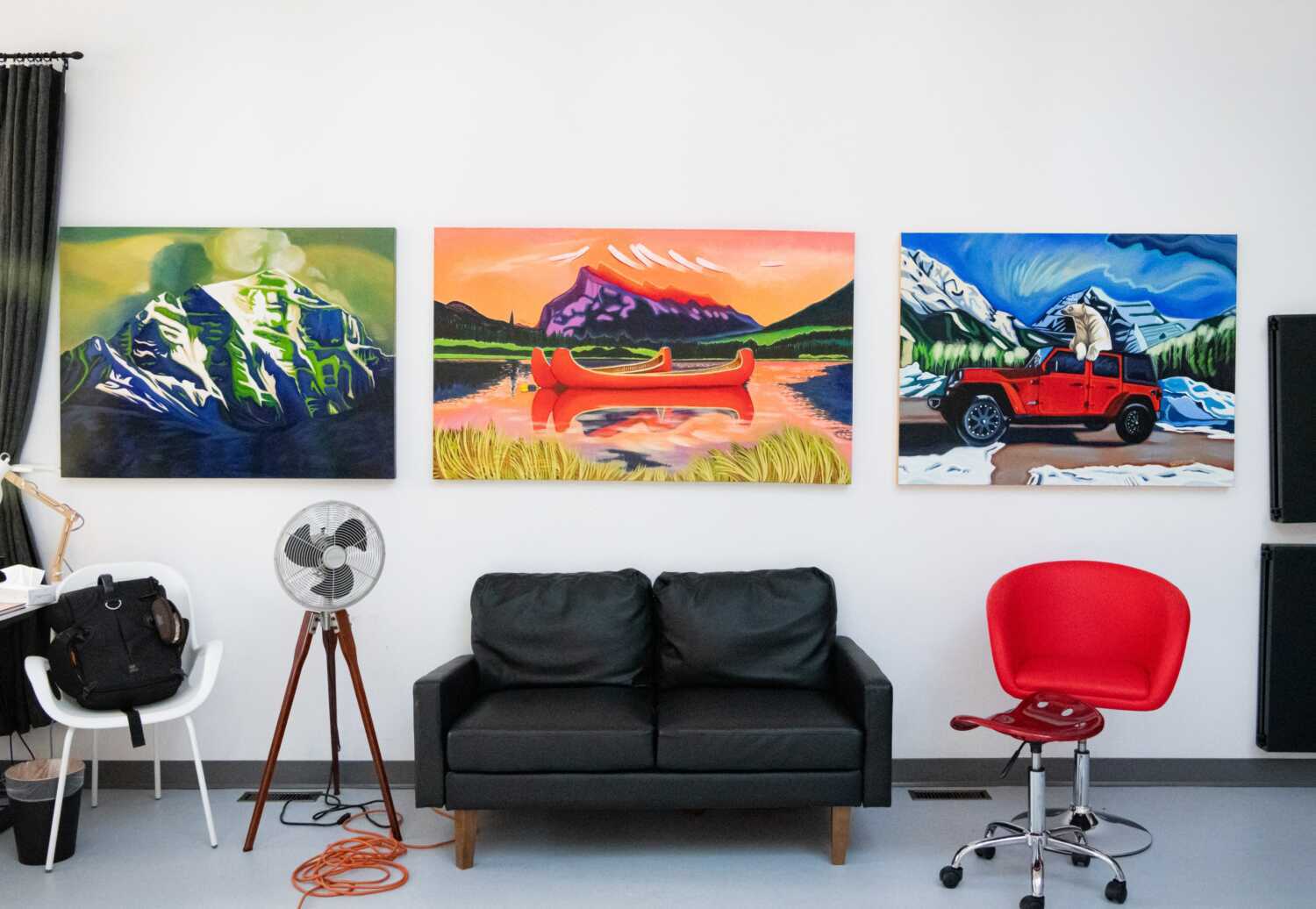 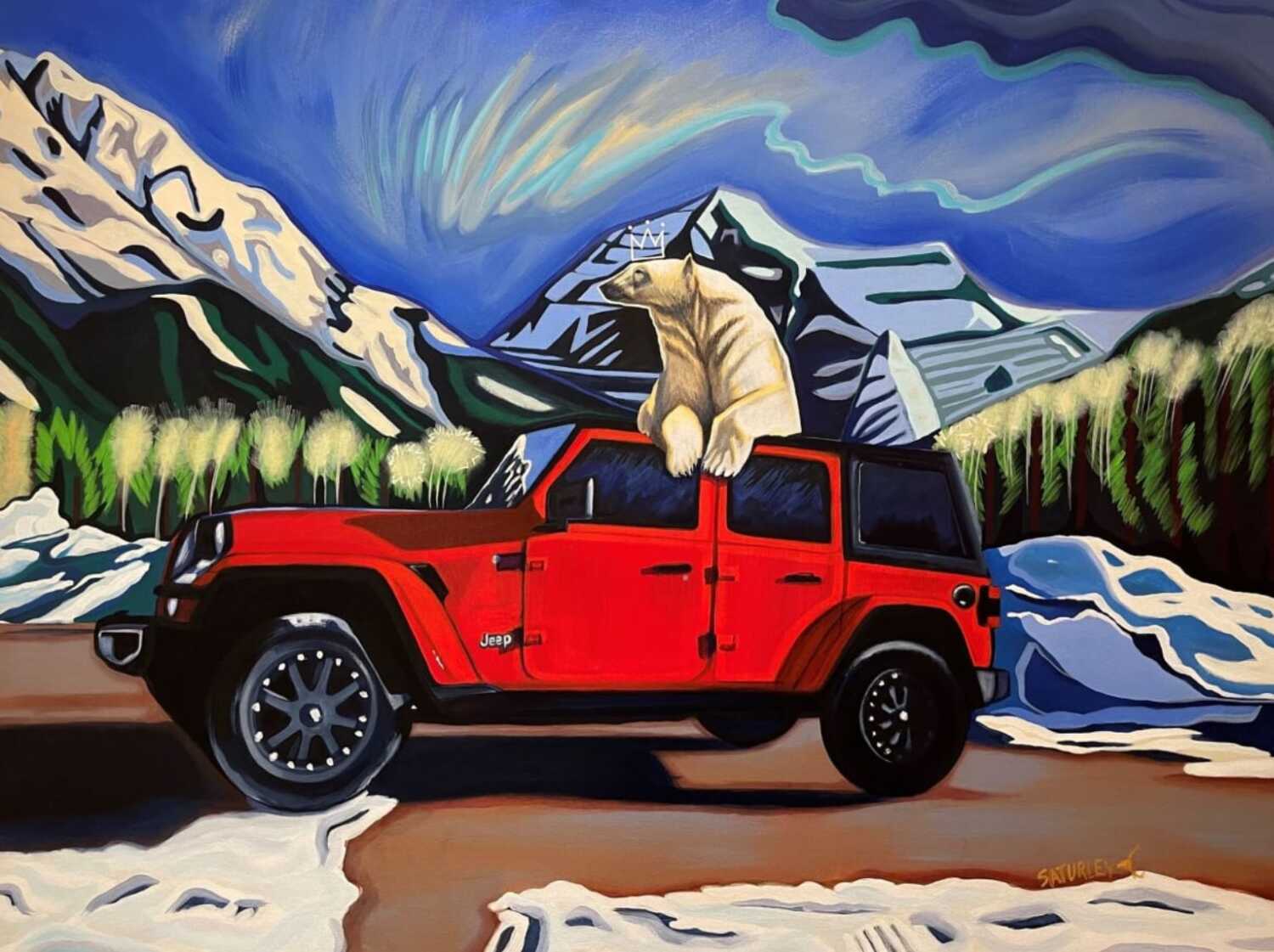 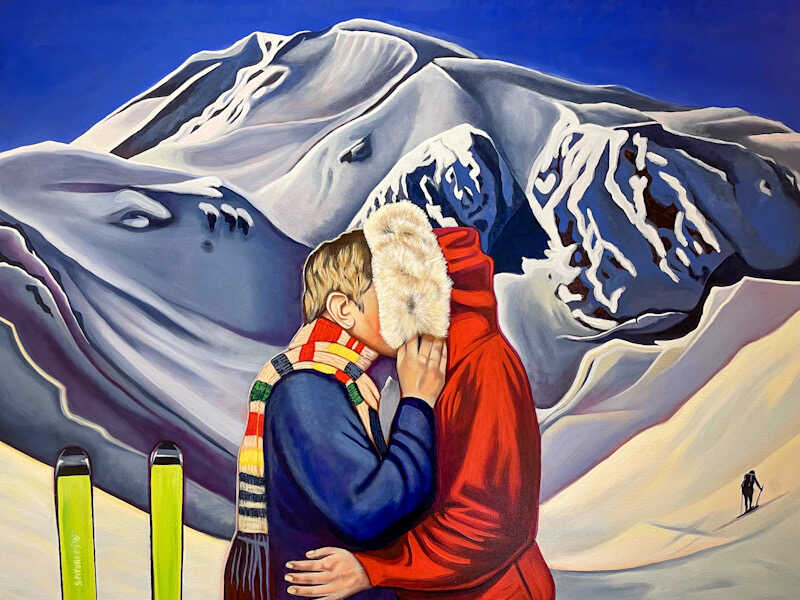 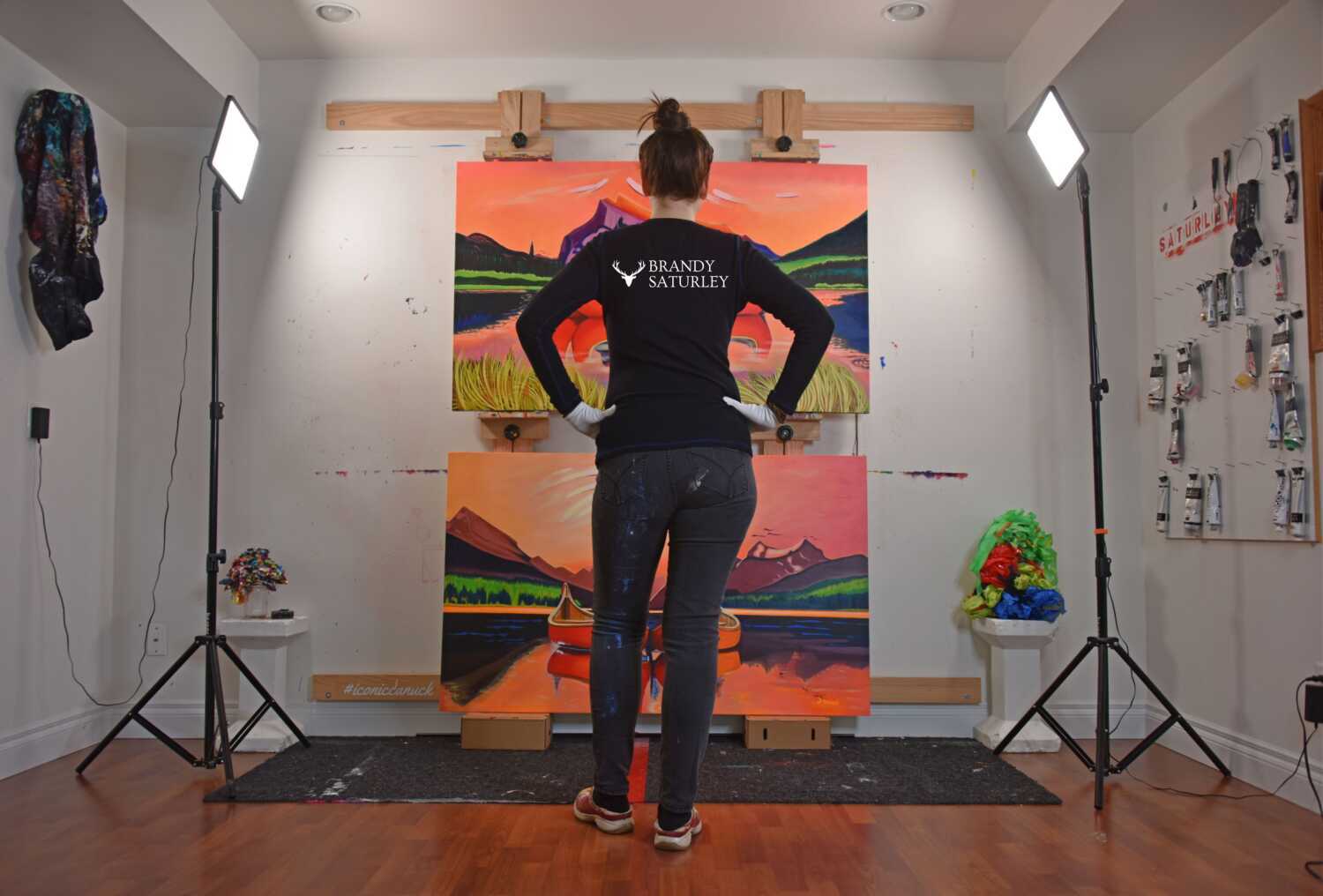 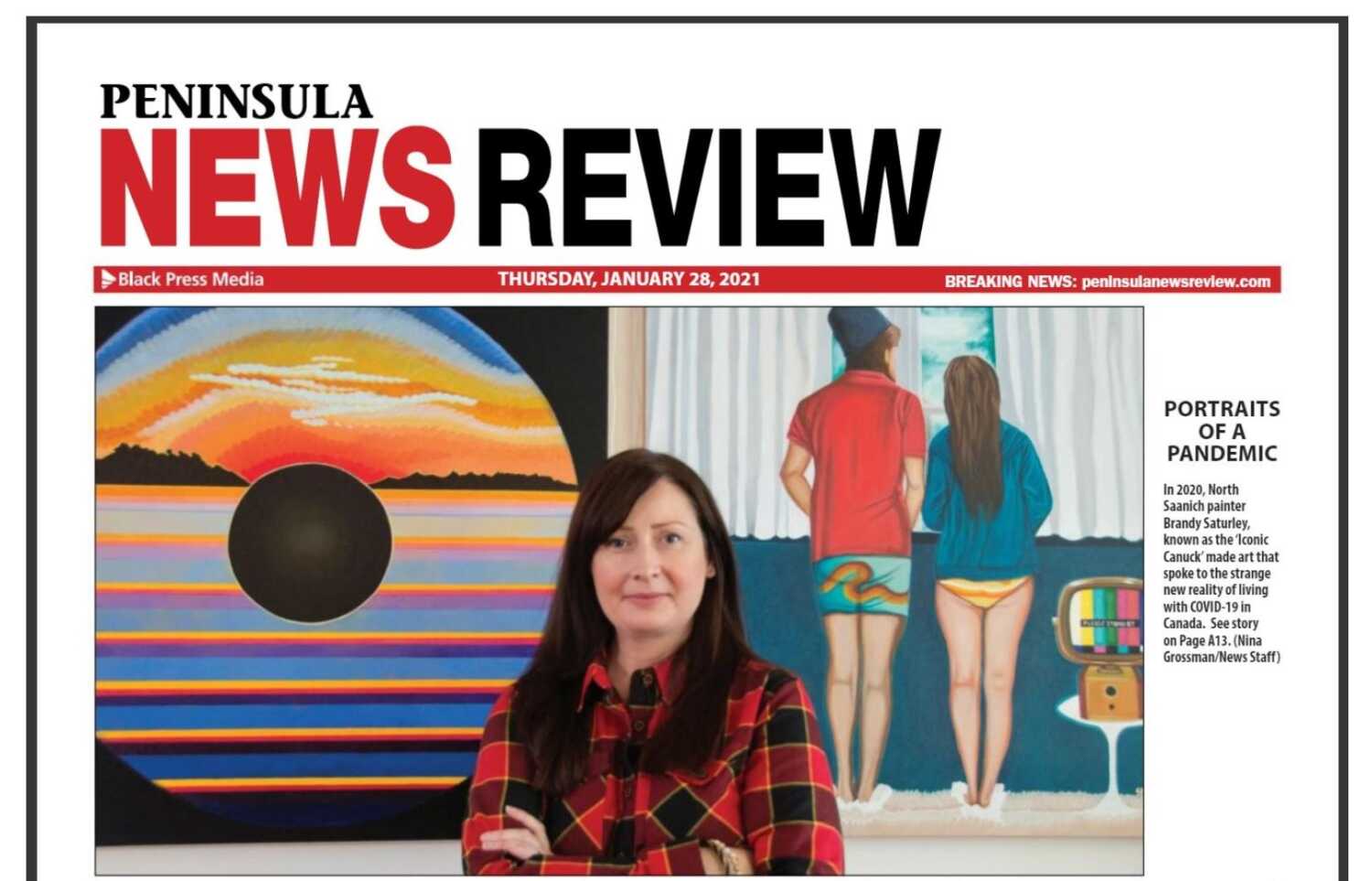